About Those Orange Shorts.... 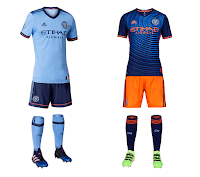 Remember the orange shorts from Friday?

The ones that Sports Illustrated's 2017 MLS kit review told us that would be paired with the Hypnokit shirt on the road?

Sports Illustrated has quietly updated its article, including one small change for NYCFC. 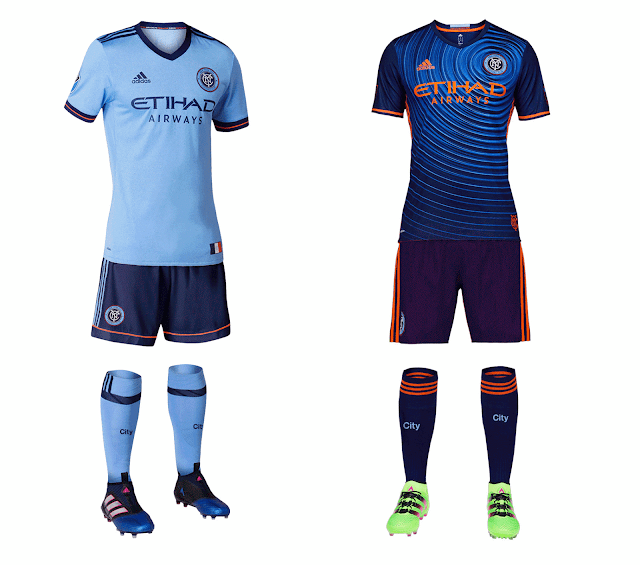 NYCFC is still trying to figure out what to wear. Sky blue is a given, and the new home shirt is an improvement thanks to classy navy and orange trim. But the dark blue shorts represent yet another tweak of a kit that started in 2015 with white shorts and socks, changed to light blue socks and then, toward the end of ’16, to all sky blue. Now they’ll look like Sporting Kansas City, which is wearing white shorts and should suggest a swap. The swirly secondary (the ripples represent "the energy of the five boroughs"), which NYCFC wore in just six MLS games last year, is back.

When the change was noticed, several of us reached out to the article's author, and were told that the change came directly from Adidas.

@iamnotunusual That was the pic Adidas originally sent out. But they then retracted it, so we did as well. Official kit has blue shorts.

Not to say that we won't ever see them—the sky blue shorts weren't ever previewed before making their first appearance on the pitch—but given how seldom we wear the Hypnokit in the first place, it seems unlikely that they'll drag out alternate shorts to wear with it.
Posted by Chance Michaels at 9:58 AM