David Villa, "Sweeping the Clouds Away"

NYCFC has long taken a street-level approach to their marketing, but this is the first time they've taken that as far as Sesame Street. David Villa made a guest appearance alongside Rosita and Cookie Monster:

Me have faith in you soccer ability too, David Villa.

The club also uploaded this interview with the "cast":

And this behind-the-scenes look:

I love it, and not only because there's a significant overlap between Sesame Street viewers and NYCFC fans in my apartment. 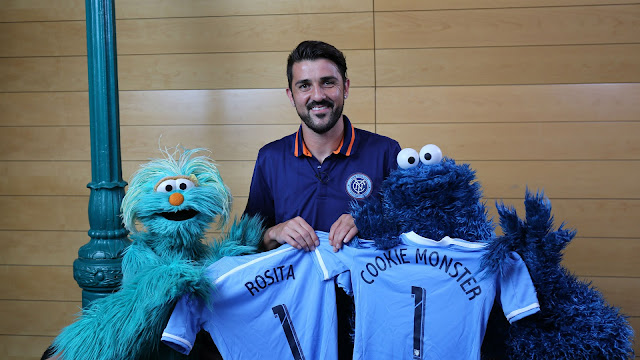 Because New York is Blue. From the Bronx all the way down to Sesame Street.
Posted by Chance Michaels at 11:07 PM