It designed by Matthew Wolff, who became a friend of mine over the past few years. I was first introduced to his work when he designed an amazing concept logo for NYCFC in that heady period between the expansion announcement and badge unveiling.

Matthew went on to design the logo for the Third Rail and he became NYCFC's in-house designer. Recently, he left New York to join Nike's design team in Portland, but he's obviously been keeping one foot in the MLS water.
I think this is another sharp design, the Art Deco flourish reflecting some of the city's architecture. The the new color couldn't be more appropriate if they called it "Academy Gold".

And now we finally know what Major League Soccer is going to look like in a couple years. Beckham's Miami project is still not represented, but here's what we're going to be watching in 2018: 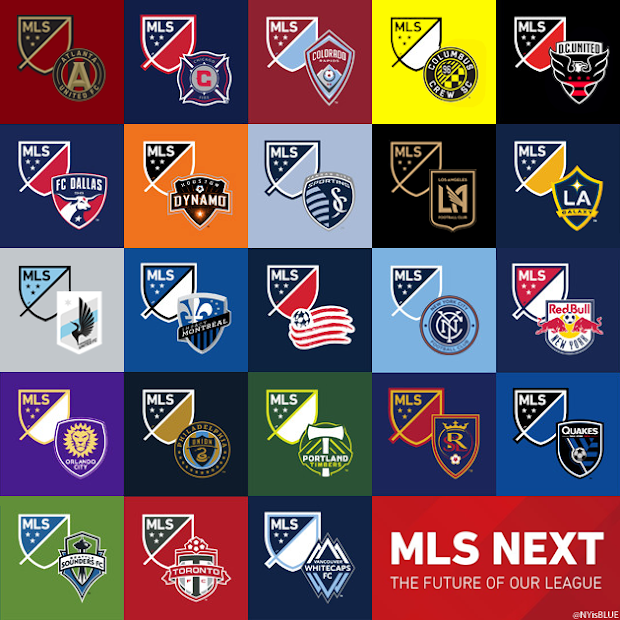 That's a fantastic-looking league, but maybe we should pass Matthew's number to the folks in New England....
Posted by Chance Michaels at 4:12 PM

Email ThisBlogThis!Share to TwitterShare to FacebookShare to Pinterest
Labels: design, other MLS clubs