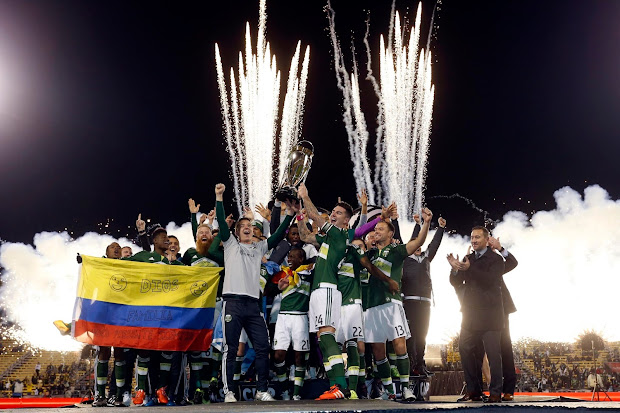 The Portland Timbers are the MLS Cup Champions for 2015.


The game got off to a quick start with Diego Valeri scoring in the first minute on an awful goalkeeping error:


It reminded me of Steve Hunt's goal for the Cosmos in the 1977 Soccer Bowl:

Plenty of highlights in this game — the Timbers were unlucky to only score twice — and one distinctly ugly moment following the second goal, as Columbus fans pelted the Timbers players with beer cans.

Congrats to the Timbers Army. Great supporters, they deserve this and more. Looking forward to seeing them again in the Bronx, where we'll be able to give them a better game than last time.
Posted by Chance Michaels at 10:51 PM