We have a new defender: Ethan White, acquired from the Philadelphia Union. 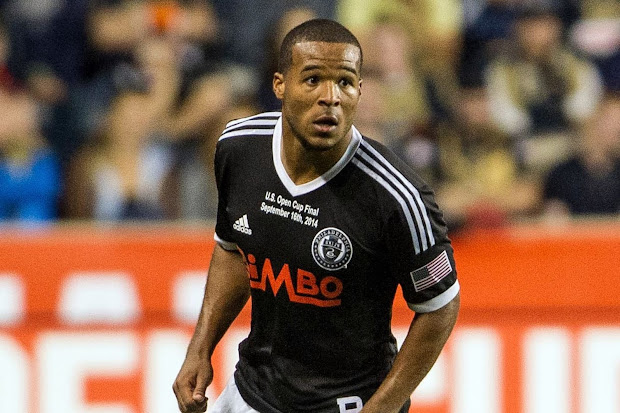 A 24-year-old native of Kensington, Md, the central defender played for Maryland University and was part of the US U-18 and U-20 player pools before signing a Homegrown Player contract with D.C. United in 2010. White would go on to make 38 appearances for DC, including a start in the 2013 Lamar Hunt Open Cup final that D.C. United won.

White then moved to the Philadelphia Union where he made 26 appearances after being acquired in January 2014 via trade.

White said, “I’m really pleased. It’s a great opportunity for me to join an exciting club that's looking to do big things. I’m very happy to be a part of this and I am determined to help the club achieve success. I'm already looking forward to joining my new teammates for pre-season”

Sporting Director Claudio Reyna said, “We are excited to add an athletic and experienced center-half in Ethan White to our roster. He is a young player and we are looking forward to working with him and developing his game even further.”

You can learn more about White from his player page on MLSsoccer.com.
Posted by Chance Michaels at 3:41 PM