Thje evolution of Major League Soccer continues, as the first-ever class of free agents has been announced. NYCFC has only one eligible player: midfielder Ned Grabavoy. 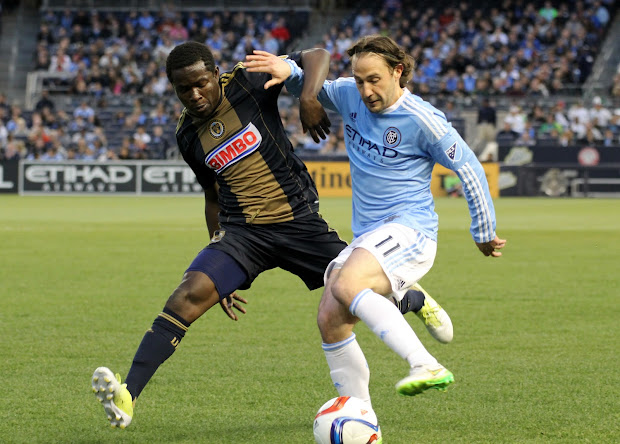 From the league's press release:

Major League Soccer announced its first-ever class of free agents on Monday eligible to negotiate new contracts with any of the league’s 20 clubs beginning on Tuesday afternoon.

According to the Collective Bargaining Agreement agreed to earlier this year, players who were either out of contract or didn’t have their option picked up following the 2015 season and are at least 28 years old and have a minimum of eight years of service in MLS are eligible for free agency. Clubs will be allowed to start negotiating with free agents at 1 pm ET on Tuesday.

Posted by Chance Michaels at 11:24 PM

Email ThisBlogThis!Share to TwitterShare to FacebookShare to Pinterest
Labels: MLS in General, players