Where Have We Seen That Badge Before?

Yet another exciting expansion announcement! Could there be more on the way? Could the NPSL be coming to your town? pic.twitter.com/Hmmv2Zv5hl

Hmm. That badge looks very familiar. Where have I seen that before?

Huh. Would you look at that.

Let's stop the animation for a moment and superimpose the NYCFC badge on top of the Memphis badge at 50% transparency. 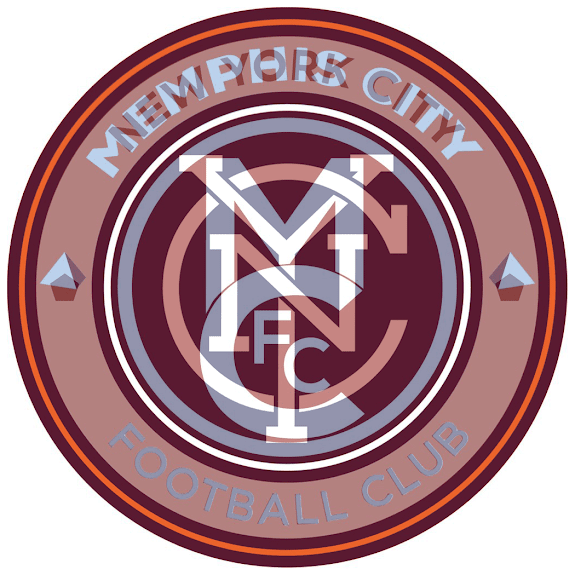 They didn't even bother to disguise it very much; the rings are all the same, from the dark/orange/dark along the outside to the innermost white ring. In addition, the "FOOTBALL CLUB" text along the bottom is identical. Whoever "designed" the Memphis City version obviously used the Magic Wand tool in Photoshop to change a couple colors, slapped their own MCFC monogram over the NYCFC, and swapped out the upper ring of text and pyramids for New York's pentagons. Really sloppy job.

Now, it's not uncommon for one designer to be inspired by the work of another. But this sure looks to be a direct lift, in which they took the NYCFC crest and made some simple changes. There's a common misconception that if you take somebody else's intellectual property, like a logo, and change it 20% or 25% or 30% or whatever the resulting design is your property. That is utterly false; no amount of changes can make somebody else's IP magically become yours. This is why many professional designers are so careful about their research and influences, as even inadvertent lifts can prevent them from registering their own work. And there's nothing inadvertent about this one, from the circles to the "FOOTBALL CLUB" along the bottom.

We'll see what reaction we get from NYCFC. The NPSL is a combination amateur/semi-pro league, in the fourth tier of the US Soccer pyramid. Copyright law, however, usually requires owners to enforce their legal protections in every case or lose them altogether.
Posted by Chance Michaels at 10:39 AM