The Jersey is Here! 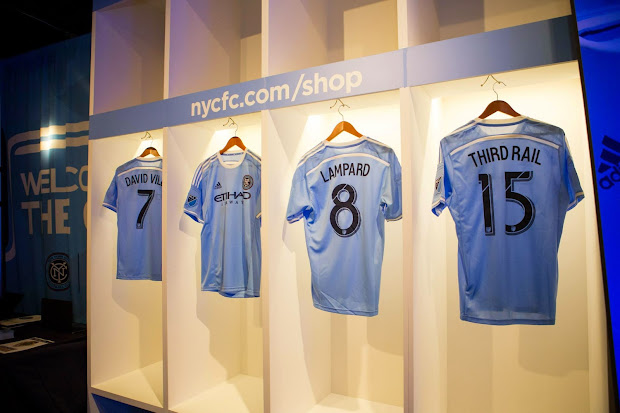 I was in attendance for the unveiling of NYCFC's first home kit yesterday. The event was quite a production. 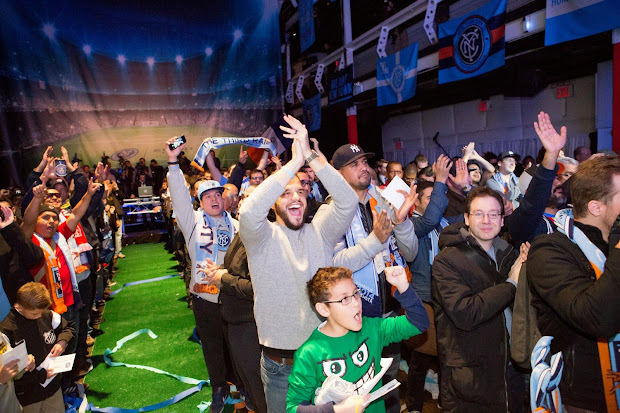 The Third Rail was out in force, with hundreds of members on hand to watch as David Villa modeled the kit.

We had banners printed, and the club hung them from the upper levels. 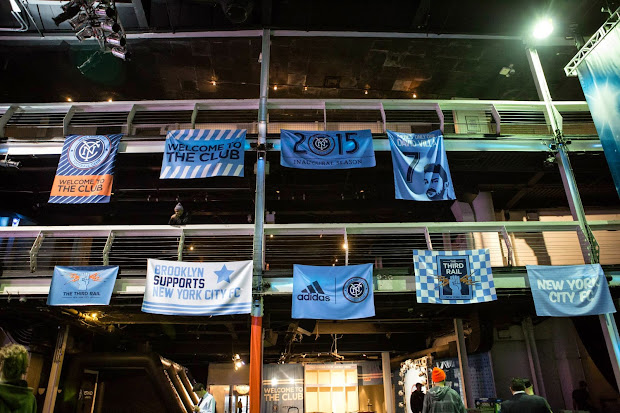 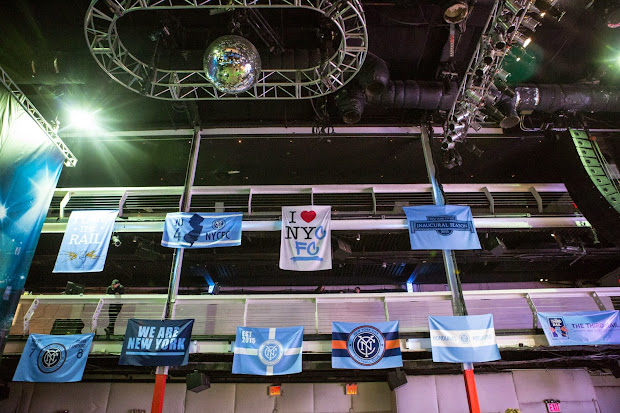 Those are going to look great at Yankee Stadium next year.

When the time came for Villa to model the new kit, one of our members tossed a scarf to him, which he eagerly wore: 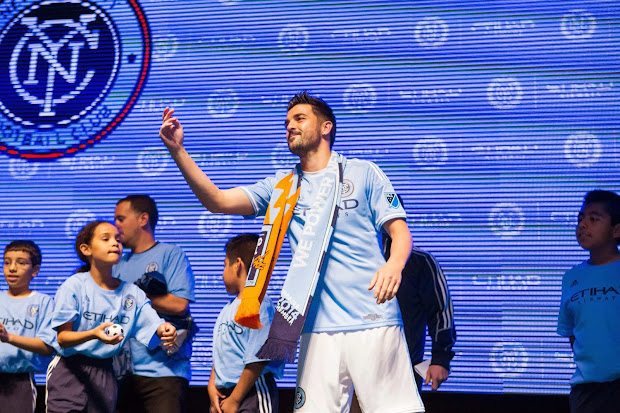 Fantastic support for our group. 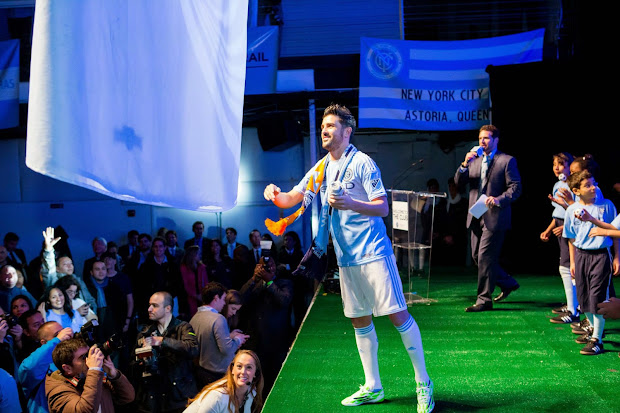 The emcee spotted one of our flags in the front row and had it brought up on stage: 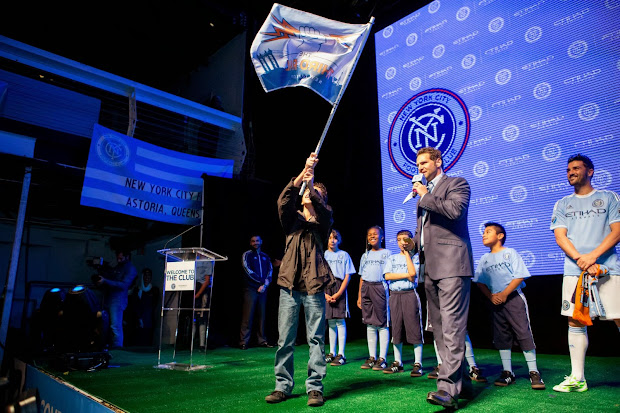 And, as usual, the club released this graphic explaining some of the features. This was presented to journalists as they entered the building, causing the kit to leak about a half-hour before the official unveiling. 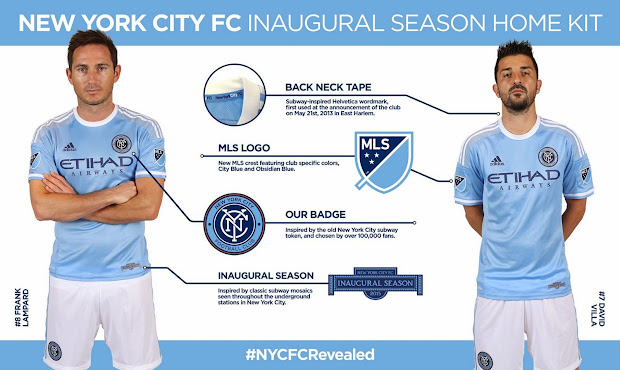 Although that picture doesn't make it clear, they appear to be pairing it with white socks featuring three sky blue stripes and the word "CITY" in sky blue on the back. 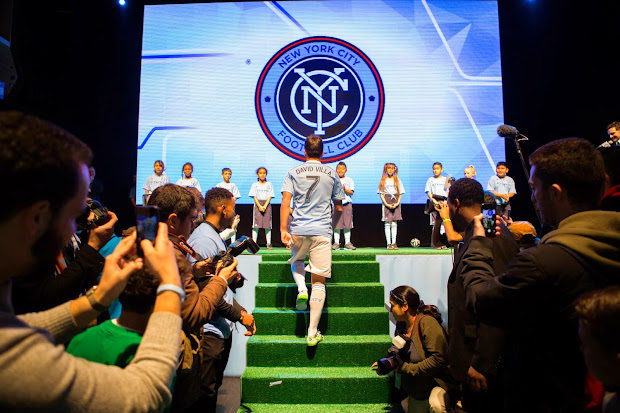 I'll have my thoughts on the shirt itself soon. For the meantime, this was a fantastic opportunity to come out and show support for the club, and I'm so proud of the Third Rail members who gave up their weekday to represent us.


(photo credit: NYCFC)
Posted by Chance Michaels at 11:31 AM