The club announced this morning that veteran goalkeeper Josh Saunders is the third signing in club history. 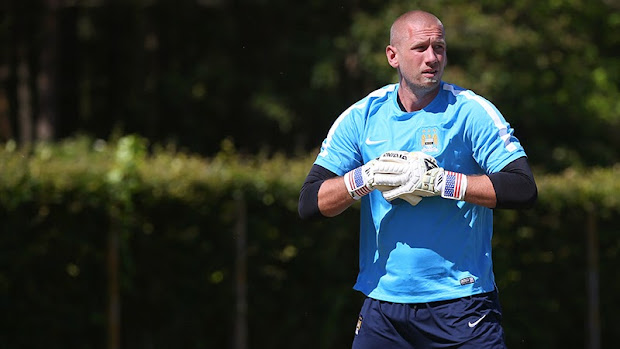 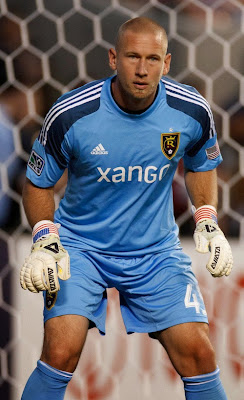 “Having had the opportunity to work with and coach Josh previously in our careers at Real Salt Lake, I know what a valuable asset he’ll be to our Club,” said New York City FC Head Coach, Jason Kreis. “He is a proven player and champion in his position, having played on a number of winning teams in MLS. To have such an experienced player, and goalkeeper, will be a tremendous asset for our Club come our inaugural season.”

An American-born Puerto Rican international player, the 33-year old Saunders was initially selected in the fourth round of the 2003 MLS SuperDraft by the San Jose Earthquakes. After multiple loan stints with the then USL First Division Portland Timbers, as well as seasons with the Puerto Rico Islanders and Miami FC, Saunders made his MLS debut in 2008 with the Los Angeles Galaxy. Saunders then earned the starting goalkeeping position for the Galaxy’s 2011 season, allowing just 17 goals in 19 total regular season appearances en route to the club winning the 2011 MLS Cup Championship, and again helping Los Angeles to its second-straight MLS Cup title in 2012.

Before the inaugural New York City FC season kicking off in March 2015, Saunders will join Manchester City FC for the first part of its pre-season tour in Scotland from July 9th – July 17th, before joining the San Antonio Scorpions of the NASL on loan until the end of the year.

“Getting an opportunity to join New York City FC and be part of what is being built for the fans in this city was something I could not turn down,” said Josh Saunders. “The chance to also rejoin Coach Kreis was also very exciting. This is a pivotal moment in my career, and I’m ready to get to work for the Club.”

Interesting. Coach Kreis is obviously familiar with him. Should be a good veteran presence in goal.
Posted by Chance Michaels at 3:49 PM