NYCFC continues to promote yesterday's blockbuster signing around New York City. The most prominent might be this massive billboard in Midtown Manhattan: 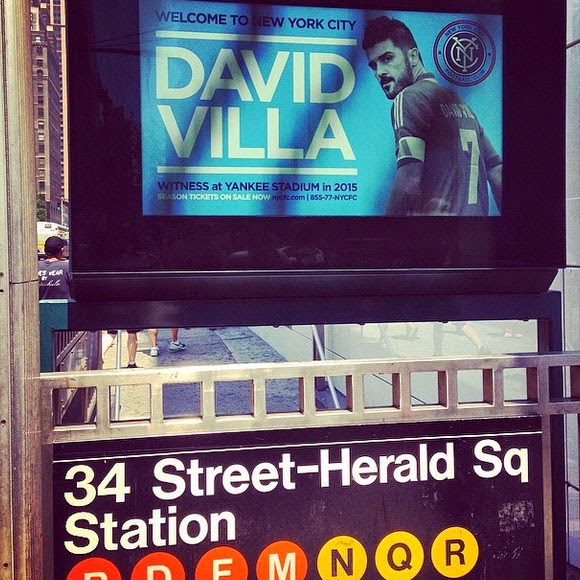 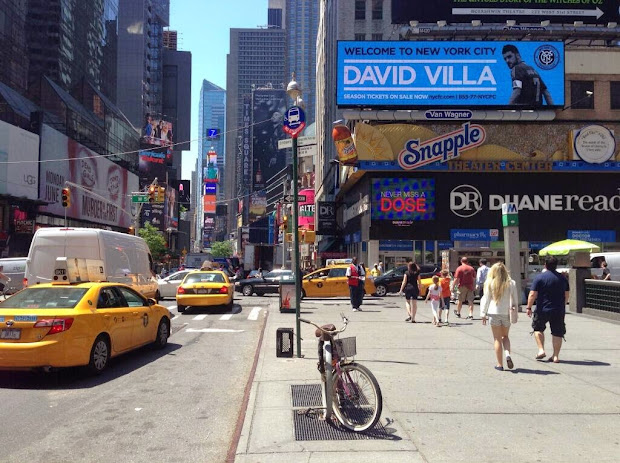 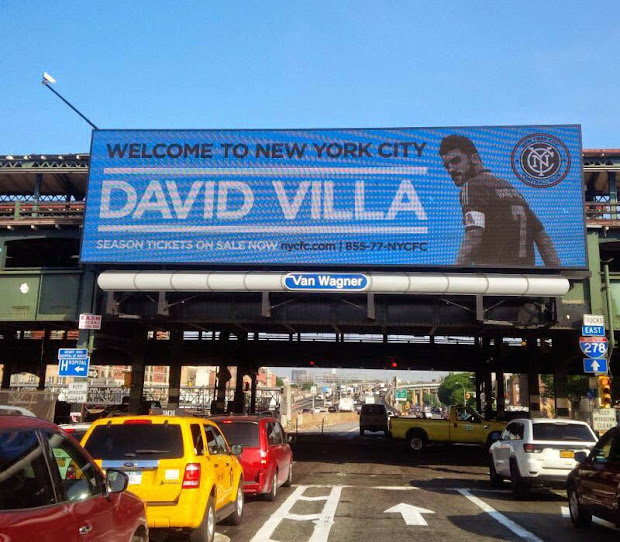 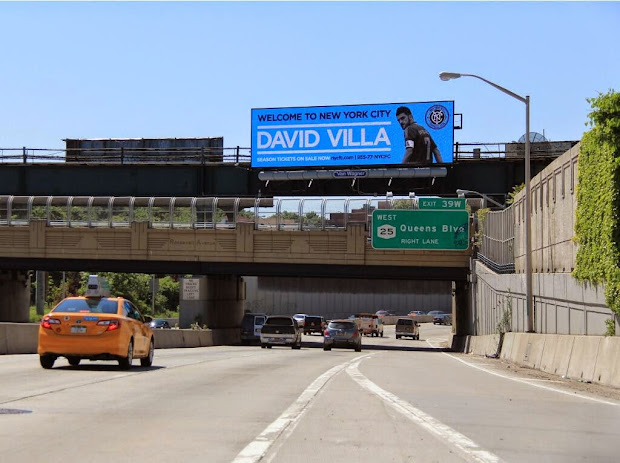 Twitter: @nycfc
And on the entrance to the 59th Street Bridge: 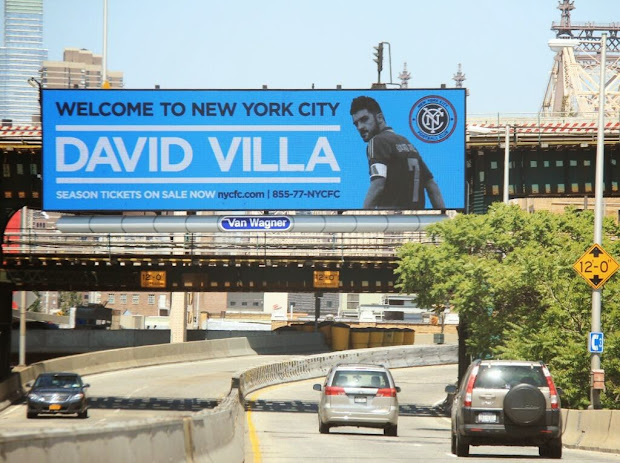 Twitter: @nycfc
Obviously these are all electronic billboards, with a much quicker turnaround time than actual print media. But I expect that we'll see print versions of this on the subways soon.

Interestingly, unlike previous drives, this campaign doesn't feature the MLS logo, or mention the sport at all beyond the NYCFC logo. It presumes that the passersby already know who David Villa is, a push aimed specifically at existing fans of the sport.
Posted by Chance Michaels at 2:47 PM