And Then There Were Two - NYCFC Adds Jeb Brovsky 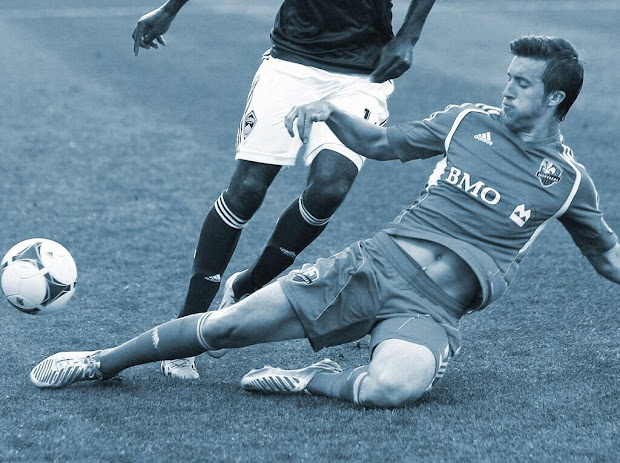 New York City FC announced today that it has acquired Jeb Brovsky, a three-year Major League Soccer veteran, from the Montreal Impact. The Club acquired Brovsky by trading its 2nd round pick in the 2016 MLS SuperDraft.

“I feel very fortunate that we are in a position to add a player of Jeb’s quality this early in our process,” said New York City FC Head Coach, Jason Kreis. “He is a player my staff and I have been very fond of going back several years ago when he entered the League and we have been watching and appreciating him ever since. His athleticism, versatility, and passion for the game are evident and I am certain we have added another terrific character to our growing family.”

A native of Lakewood, Colorado, the 25-year-old was initially selected in the 2011 MLS SuperDraft by the Vancouver Whitecaps as the 19th overall pick. After playing in 24 games in his rookie season with Vancouver, Brovsky was then selected by the Montreal Impact as part of the 2011 MLS Expansion Draft and has played 65 regular season games with that club through this season. As a student-athlete at Notre Dame, Brovsky was a three-time member of the All-Big East Conference Championship Team, four-time Big East Conference Academic All-Star, and was named to the 2010 All-Big East Conference first team his senior year.

Brovsky can play as a defender and midfielder, and will be loaned to a to-be-determined non MLS club through December 2014. He will then return to New York City FC for the team’s preseason in advance of its inaugural MLS season kicking off in March 2015.

“I’m tremendously excited to be joining New York City FC,” said Jeb Brovsky. “With the talented coaching and training staff they’ve put in place, it’s clear that this club is focused on winning. This is a big step in my life and career to be coming to play in the biggest sports city, and I can’t wait to take the field at Yankee Stadium.”

I think a lot of us were expecting that the club's second signing would be another big-name DP (such as England's Frank Lampard), but this seems a solid pickup and good use of a second-round pick The reaction from Impact fans on social media is certainly strong:

Didn't think anything could ruin the start of the World Cup, but the news of @JebBrovsky being traded is crushing, shame on #IMFC

This #IMFC team was damaged, but after the sale of @JebBrovsky, I feel it may very well be completely broken. Way too many changes. #MLS

We didn't lose a player today; we lost a leader. Someone who believes in giving everything he has. Someone to inspire us. #ThankYouJeb #IMFC

That appears to refer as much to his off-the-field humanitarian and charity work. Sounds like a class act, one the entire organization can be proud of. Welcome to New York, Jeb! We now have a pair of Pigeons.
Posted by Chance Michaels at 10:14 PM