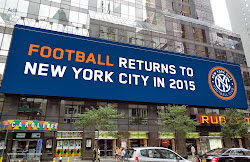 I've been featuring crest concepts on this blog almost since it started. One of the best came from the mind of local designer Milo Kowalski, who created an amazing unified design based around NYC iconography.

At the time, I said the only real issue I had was his navy-and-orange color scheme. Lines up nicely with the city's official colors, but I prefer the navy-and-sky the club has been using so far.

Apparently, I'm not alone - after seeking feedback on Twitter, Kowalski has modified his proposal to utilize the club's interim (and hopefully permanent) colors. 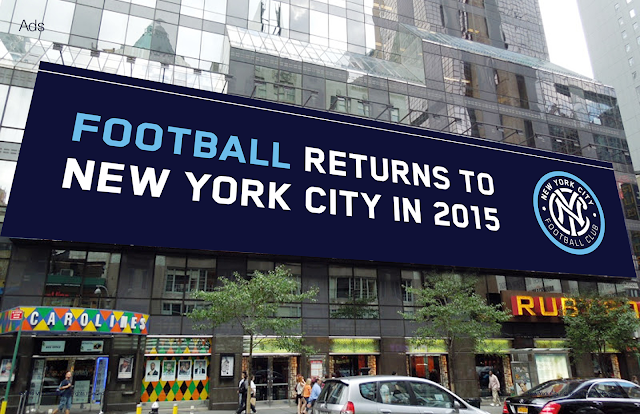 Gorgeous. Instantly jumps right up there to the top of the list. 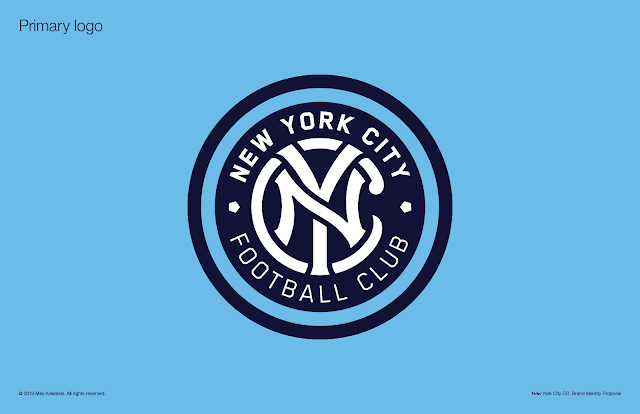 Outstanding. And perhaps best of all, he has an interlocking monogram! 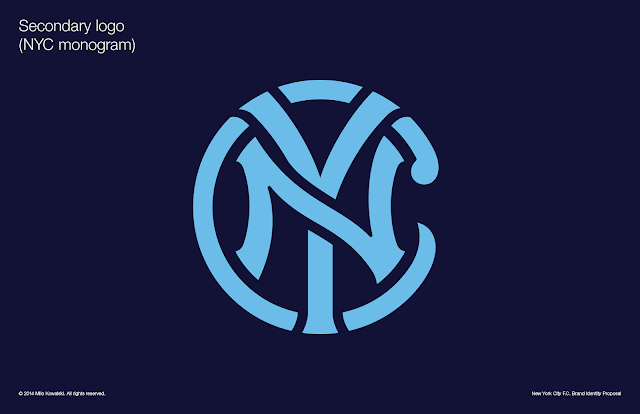 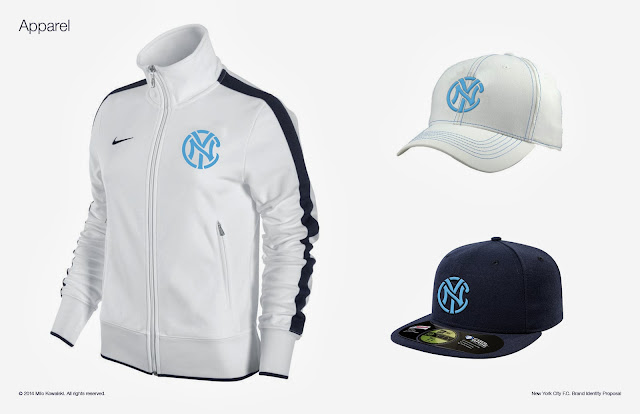 I would buy about twenty of those caps today, if I could. Are you listening, Mr. Pernetti?

I also like Kowalski's revised uniform, with sky blue shirt and navy shorts. 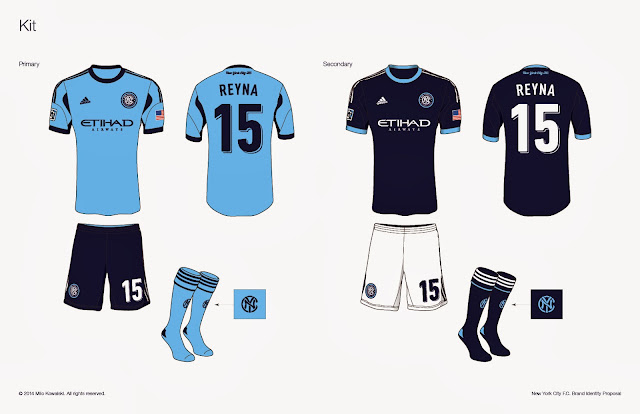 Inspired by Man City, perhaps, but hardly a junior varsity carbon copy. Just what NYCFC will need to create its own brand on the global stage. Not to mention move tons and tons of merchandise. 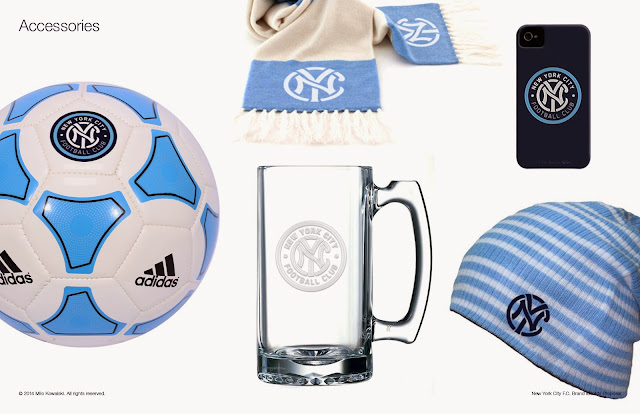 The full concept is here - check it out. I sure hope Tim Pernetti and the other club brass do.
Posted by Chance Michaels at 10:39 PM