More On the Team Crest 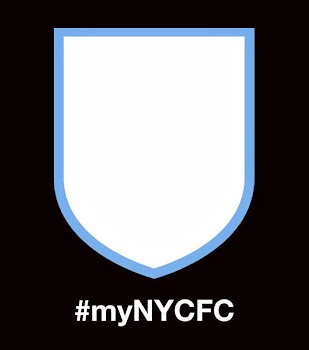 The #myNYCFC "Badge of Badges" contest is a fun diversion, but is also giving us an interesting peek into the club's timeline for a permanent crest design.

Hiding in the Terms & Conditions for the promotion is this little gem:

Did you catch that? That's outstanding news.

As early as next Monday, we'll know who the crest designer is. That designer may or may not adopt elements from the fan designs. That designer will then create two designs to be unveiled "on or around February 24, 2014", with a two-week fan voting period to follow. Then the honest-to-goodness official NYCFC crest will be unveiled on March 10th.

After nearly a year of speculation, of wondering what the club's branding will look like, of suppositions and guesses and "#NYisBlue" hashtags and wishing like heck that they create a New York City-centric design, we'll all know soon.
Posted by Chance Michaels at 3:35 PM