Empire of Soccer is reporting some good news from last month's neighborhood town hall in the South Bronx: 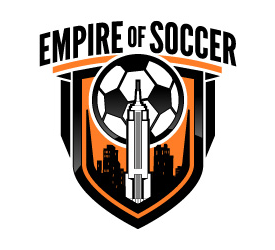 Opposition for a new soccer stadium in the South Bronx was vocal at a town hall held earlier this month, but returns prove there was a silent majority present.

News 12 in the Bronx caught up with Bronx BID Executive Director Cary Goodman who revealed the results of a town hall survey.

“Three out of four people would like to see a soccer stadium built,” Goodman told News 12.

The survey questioned attendees about the stadium proposal and their position. In order to get a better scope of interest and credibility, it also asked whether or not participants were local residents. The key question discussed in this report asked “DO YOU THINK A SOCCER STADIUM IS A GOOD IDEA FOR RIVER AVENUE?” To that, NYCFC saw impressive backing from the local community.

While the support is impressive, the opposition’s resolve seems equally so. Asked if their opinion would change about the stadium if it received no public funds, only one in five surveyed said they would consider the proposal.

“How do we mitigate in terms of potential harm?” asks South Bronx Unite’s Michael Johnson, an attendee of the Town Hall and a local community leader. “Such as closing 153rd street, relocating a business that has been here for decades and the highway, so we have 350 workers that he relocated, the ramp to the highway has to be closed.”

The next salvo in this debate will come from NYCFC’s corner, with a town hall of their own planned in the coming months.

“I know for a fact that it is a priority of New York City F.C. to present the accurate facts related to the soccer stadium project and their commitment to this community in the near future in a forum similar to this this evening,” Brian Smith, Senior Vice President of Baseball Operations of the New York Yankees said at the original town hall. “That information will be confirmed and shared with all shortly.”

That's very good news indeed. The original meme coming out of the meeting was overwhelming community opposition based on a very few and very loud opponents, which wasn't helped by Empire of Soccer running their coverage under a headline like "New York City F.C. Stadium Town Hall Turns Ugly". Plenty of other media picked up the headline and ran with it—especially on social media—to the point where a casual observer could have been forgiven for thinking that the entire South Bronx was in an uproar over the very thought.

We'll see what comes next.
Posted by Chance Michaels at 9:18 PM