What Does Our New Mayor Mean for NYCFC?

At 12:01 this morning, as fireworks soared above Prospect Park, Mayor-elect Bill de Blasio took the oath of office in front of his Park Slope house and became the 109th Mayor of New York. 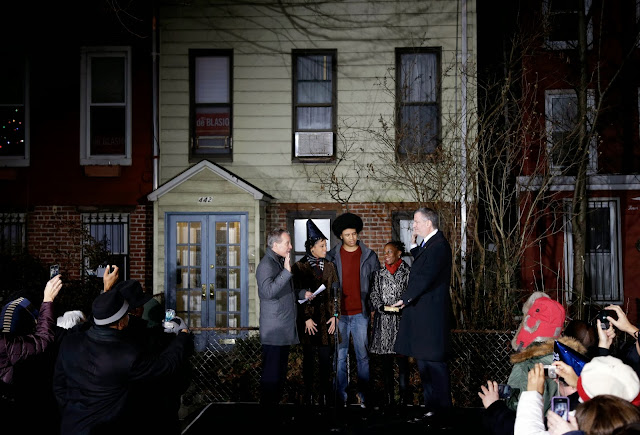 AP Photo/Seth Wenig, Pool
Although His Honor wore a very fetching sky blue tie for the occasion, he's not expected to look kindly upon his predecessor's work towards getting NYCFC a soccer-specific-stadium in the city. It would be a surprise if he didn't kill the agreements and plans in place set in place by Michael Bloomberg in the last months of his mayoralty. 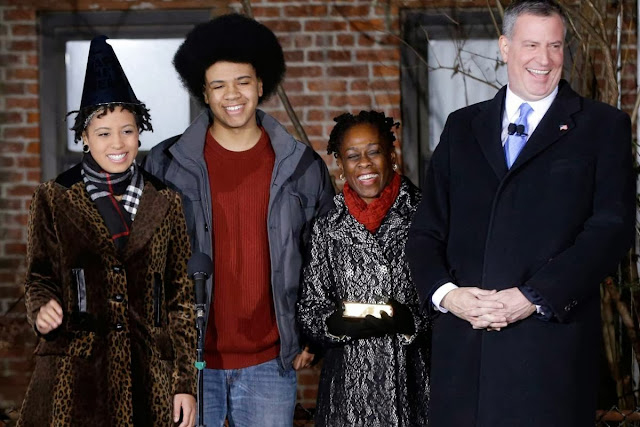 AP Photo/Seth Wenig, Pool
If and when he does, it shouldn't be considered a significant setback for the club; this is instead standard operating procedure. Bloomberg himself scrapped plans for new stadiums for the Yankees and Mets that had been agreed to by his predecessor, Rudy Giuliani, on his way out of Gracie Mansion. This is just how the process works. Bloomberg couldn't get the deal done during his term, and a new Mayor means new priorities.

People who don't fully understand New York politics (not to mention those with rooting interests leaning towards the red) will undoubtedly seize on de Blasio's effective veto as some sort of sign that NYCFC will be thwarted in its goal. But just as the Yankees and Mets built stadiums after Bloomberg mothballed their agreements with the city, so too with NYCFC be able to work out a deal acceptable to our new chief executive.
Posted by Chance Michaels at 4:54 PM