The latest from NYCFC:

Last chance of the week. RT this tweet + follow @NYCFC to be entered to win 1 of 5 exclusive #NYCFC t-shirts. Rules: http://t.co/kG96JRZ3vr

I presume they mean the t-shirts used in all the press photos: 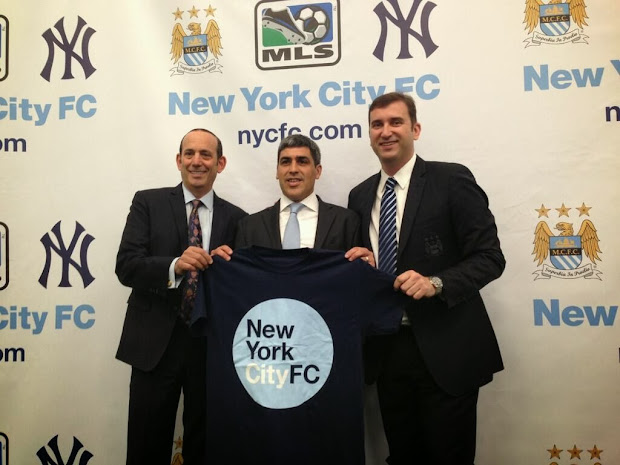 And worn by Manchester City during warm-ups in their game at Yankee Stadium: 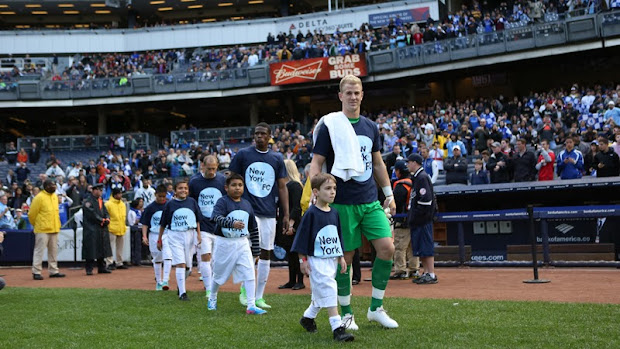 Really want one of those. I've entered; how about you?
Posted by Chance Michaels at 11:49 AM